Terrible Two’s and Rebellious Teens... NOT!

by Scott Noelle
Q:  I thought the terrible 2s were just a myth, but now that my daughter is two I’m beginning to wonder...

A:  Terrible two’s are a reality for many parents in our culture. The myth is that it’s natural for this or any other age to be terrible. Children rebel only because our culture opposes their nature.

When you embrace a family culture of creative, pleasure-oriented partnership, children and teens don’t “need” to rebel.

Mindfulness Exercise:
For one full day, pay close attention to every interaction you have with your child and notice whether you feel like a “boss,” a “slave,” or a partner. Note that a boss-slave relationship is very different from a consensual leader-follower relationship. The former is domination; the latter is a type of partnership. (Think of dance partners!)

Developmentally, toddlers and Teens have one thing in common: they’re on the verge of a quantum leap in personal autonomy. They’re on a mission to become themselves — to get in touch with their Inner Power more than ever before.

Anytime they feel imposed upon or coerced, that mission is blocked, and they instinctively protest. In nature-based, pleasure-oriented, partnership cultures, such protests are rarely triggered, so terrible two’s and teen rebellions rarely occur.

But in our anti-nature, control-oriented culture, parents are expected (if not required by law) to oppose or control children’s natural developmental impulses toward personal empowerment, which guarantees the terribles!

The shift from terrible to terrific begins with your commitment to creative partnership. Then, whenever your child exhibits “terrible” behavior, you can re-interpret it as evidence of his or her unfolding autonomy, and ask yourself this:

“How can I use my creativity to support my child’s growth in a way that works for ALL of us?” 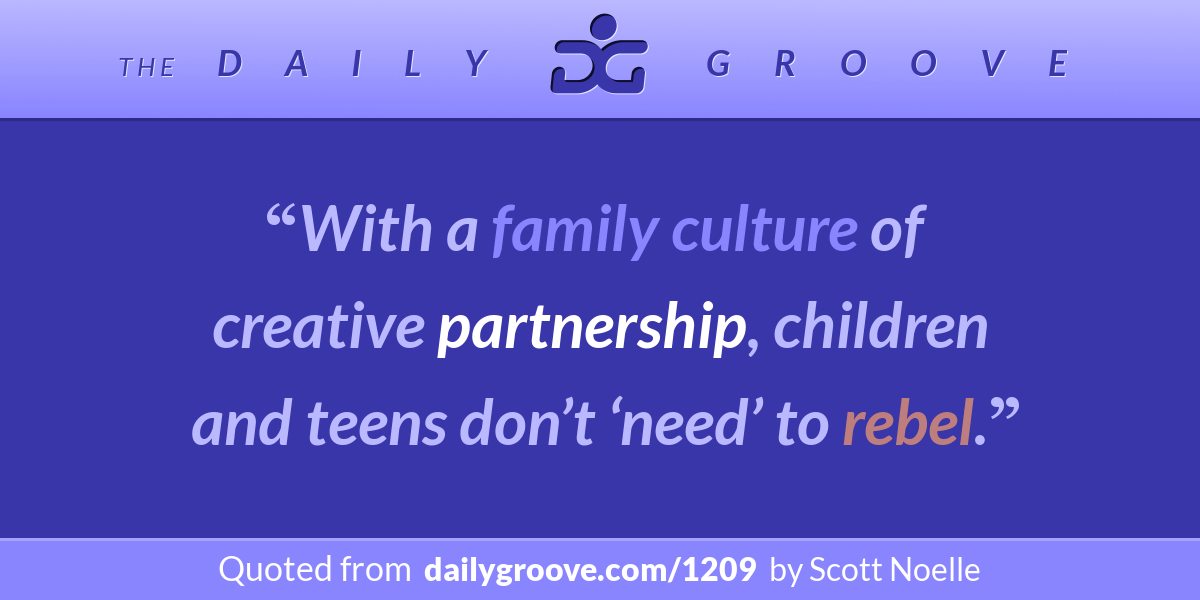 Unadulterated Fun
The Myth of Fairness