Beyond “Setting Limits” – Part 4 – The Limitless Potential of Adolescence

When parents impose limits based on negative expectations and backed by threats, teens have no choice but to rebel or acquiesce. Either way, great potential is lost.

A partnership style of parenting in the early years obviates the “need” for limiting teens. They don’t rebel against parents who work with them to overcome limits safely.

When your teenager sees you as an ally, it’s easy to talk candidly about sex, drugs, alcohol, driving, and other risky behaviors — to have authentic conversations based on mutual care and concern rather than fear and suspicion.

With a well-established partnership, you can share your personal values and boundaries, and your teenager will take them to heart — not always agreeing, but always letting you in.

And as your teenager becomes more independent and your direct influence wanes, the wisdom you’ve shared in partnership will indirectly influence your teen’s most crucial decisions. 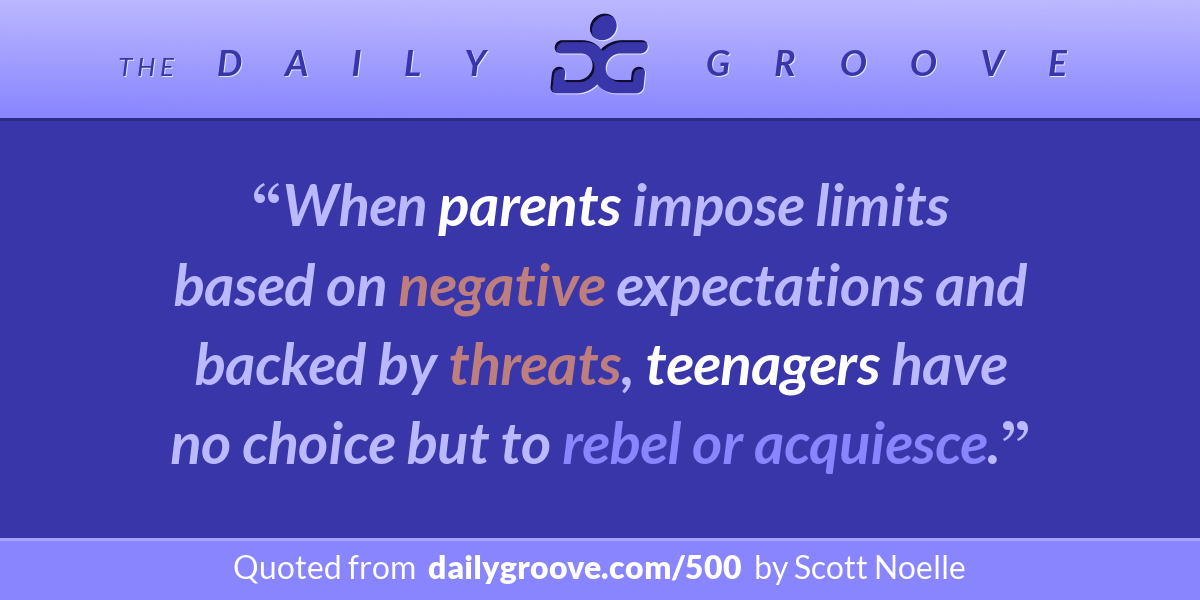